Originally posted at Best of NJ
By Lindsay Podolak

You may think of Wildwood as the shore town that has it all – beaches, bars and the boardwalk. What more could you want? A local brewery with delicious menu items that are far above the typical bar fare, perhaps?
Enter MudHen Brewing Co., Wildwood’s first and only brewery, which held its grand opening in April.

MudHen is the brainchild of Wildwood local Brendan Sciarra, who has the successful Poppi’s Brick Oven & Pizza Kitchen and Dogtooth Bar & Grill to his name.

Those familiar with Wildwood’s history may recognize the name “Mud Hen.” It was a nickname given to the town’s first passenger train in the 1880s due to its tendency to frequently get stuck in the mud during high tide.
According to Marketing Director Russ Simmons, business has been booming since the brewery opened its doors.
“With a strong focus on service, we have received rave reviews on our food as well as each variety of beer that speaks to craft beer enthusiasts and casual beer drinkers alike,” says Simmons.

Brewmaster Tony Cunha is a local guy, too. He graduated from Lower Cape May Regional High School before starting his career brewing beer.

The Craft Brews and Food

Currently MudHen has ten beers on tap, with their Mud Light Pilsner and 1883 IPA being the two most popular.
Mud Light is the perfect easy-drinking light beer. It’s cold, crisp and refreshing, pairing well with the Black Bean Burger. IPA-lovers will enjoy 1883 IPA, a 6.4% ABV beer of the classic hoppy variety.

Included in the seasonal rotation right now are the Y Not Rye, a 7.6% ABV brew with rye malt mixed in the mash, and the Cackling Coot, an 8.3% ABV Belgian Tripel, among others.

Don’t worry if you’re not into beer, though. The restaurant has a full menu of specialty mixed drinks, as well.
Speaking of a full menu, the collaboration between Sciarra and celebrity chef Brian Duffy will leave your mouth watering. Tantalizing starters, chili, salads, sandwiches, burgers, BBQ, tacos, mac & cheese…there’s truly something for everyone here.

Simmons notes that the BBQ Ribs, Bourbon Glazed Brisket, Rooster Burger, and the Green Eggs Mac & Cheese are the most ordered items on the menu.

Of course, being a Jersey shore establishment, there’s got to be a sandwich called the Jersey Man on the menu – Taylor pork roll, thick tomato, fried egg and American cheese on an onion brioche bun.

But perhaps the best part about MudHen is the chill, hometown vibe.

Kids and dogs are also welcome to come hang in the variety of outdoor and indoor spaces available. There’s even dog bones made from spent grain to offer Fido!

The restaurant itself is a large, open space with a 40-foot long bar that looks into the brewery.

There’s also the Garage Bar that opens up to the outdoor patio with a fire pit and lawn games.

Upstairs is a lounge where you can sink into one of the couches and enjoy the art deco interior and another full bar.
Whether you’re a local or just visiting for the summer, stop by MudHen Brewing Co. for “Hometown Brew made from a True Hometown Crew!” 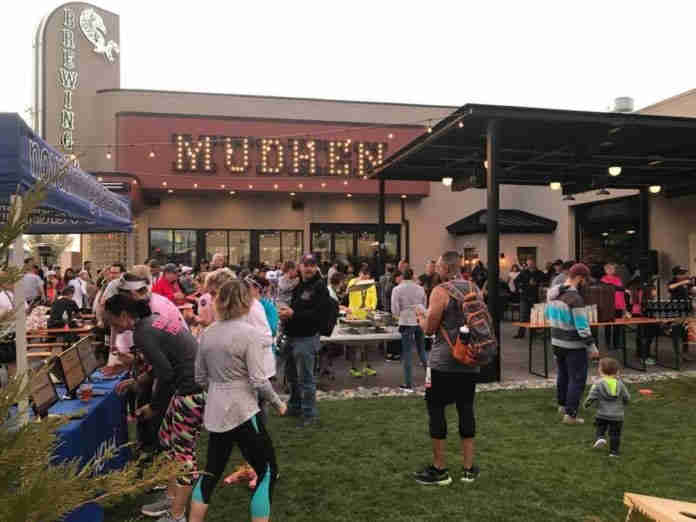 Posted In: IN THE PRESS 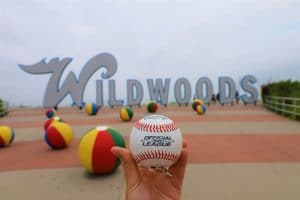 MudHen’s Baseball on the Beach Tournament!

The first two weekends in August, MudHen Brewing Company will be hosting Baseball on the Beach for the first time! 54 teams between the ages 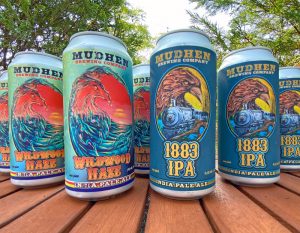 A Day In The Life: Canning Days

Canning days can be long days, but they are exceptionally rewarding. There’s nothing quite like seeing your days’ work get piled up and stocked as 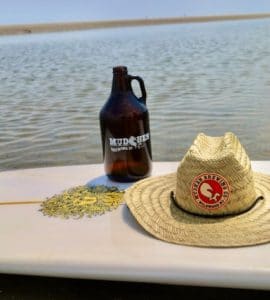 Head over to our Instagram page to enter our Kona Surf Company X MudHen Brewing Co Collaboration Giveaway! You could win a custom MudHen Beach 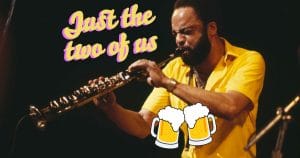 Just The Two of Us

I knew this summer was going to be hectic. Tony and I both knew it – we called it last year mid-pandemic. Everyone else who