Located in Wildwood, New Jersey, MudHen Brewing Company is the shore town’s ONLY brewery! Once a Harley Davidson dealership, the brewpub, founded in April 2018 by Brendan and Robin Sciarra, features a full bar and restaurant menu, with 8 to 12 rotating craft beers on tap that are brewed on-premises. The space features a large main dining room filled with natural light from large windows where guests can peek into the brewery located behind the taps. Upstairs, the lounge has comfortable couches, a fireplace and cabaret style seating. A casual and cool garage area gives guests a nostalgic feel with rollaway doors leading to a large outdoor seating area, equipped with a bar, fire pits and covered patio sections. The space is also available for booking private events! Between live music, in-house events, and beer releases, there is always something happening at MudHen Brewing Company.

In 1883, the West Jersey Railroad carried passengers from Cape May Court House to Anglesea over ramshackle, problematic tracks through marshlands that washed out so often the train was nicknamed, “The MudHen”.

Whether it was pleasure seekers coming to visit the Jersey Shore or the working class seeking a different living, Wildwood would not be what it is today without “The MudHen” bringing new curiosity seekers. 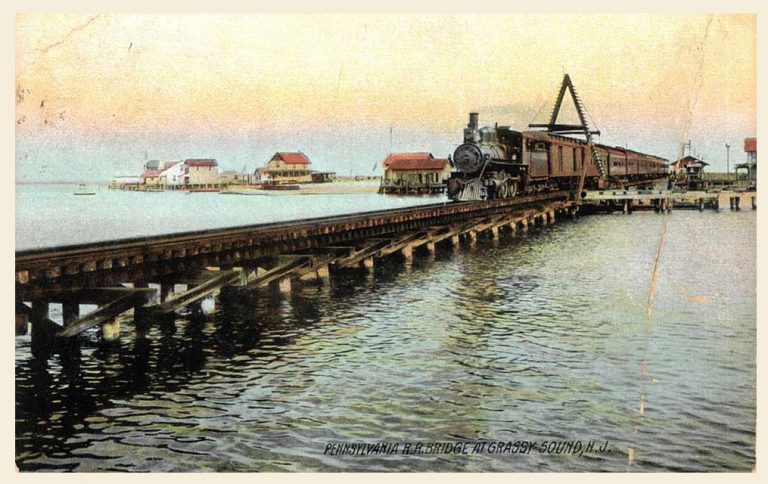 Our specialty craft beers will transport your palette from ordinary to extraordinary, arriving at complete enjoyment, to destination relaxation!

The year is 1969. Mike Sciarra, a young surfer fresh off the plane from Oahu with a Bachelor of Economics under one arm and a surfboard under the other, has returned to his hometown of Wildwood, New Jersey. Mike had a mission and that was to create a brand with a positive vibe that offers premium surf products, and Kona Surf Company was born. 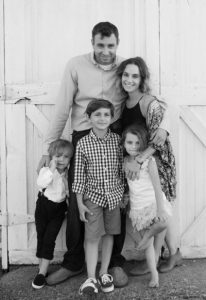 MudHen Brewing Company was established in 2018 by Brendan Sciarra. The mission of Mudhen Brewing Company is to create excellent quality craft beers with detailed attention to food and bar service. At the brewpub, you are made to feel like you are part of something unique, whether island-bred or just passing through.

Through his father, the ambition, success, and entrepreneurial spark inspired Brendan to launch several keystone businesses in Wildwood, New Jersey. In 1998, Brendan transformed what was formerly known as Chiarella’s Ristorante and Lounge into Dogtooth Bar & Grill. He would go on to create the island’s most notable establishment and local favorite spot.

Keeping a finger on the pulse!

With some recognition and a desire to enhance the city of Wildwood, Brendan’s vision proved spot-on when he purchased the building across the street from Dogtooth. After months of reconstruction and extensive training, by authentic Neapolitan Pizza Master, Giulio Adriani, Poppi’s Brick Oven Pizza & Kitchen was born. Poppi’s has since become one of the fastest growing restaurants on the island, serving true to its standards. Bringing light to Sciarra’s roots, the restaurants’ interior pays homage to his family, past and present, but especially to his grandfather, David “Poppi” Sciarra.

The right time - the right place.

Brendan’s latest project had been a dream for Wildwood for many years. When a run-down ex-Harley Davidson dealership on Rio Grande Avenue came on the market, Brendan hopped at the opportunity to create Wildwood’s only brewery, MudHen Brewing Company – a brewing facility, full-service bar, and restaurant. After months of research, inquiries, obstacles, and meetings, the dream of providing high quality craft beer in Wildwood was becoming a reality. Leaning on the philosophy that proved successful at his other businesses, Brendan hired one of the most globally recognized and award-winning brewing consultants, Scott Morrison, who upheld the standards that had become expected of a Sciarra Restaurant.

After completing its’ fourth summer in business, MudHen Brewing Company serves as one of Wildwood’s most sought out establishments to visit. From opening day to present, the facility has expanded tremendously, accommodating the needs of the islands’ visitors and locals alike. The continuous hard work and efforts put forth by Sciarra, his Brewmaster Tony, and the rest of their team, prove to be the reason behind the brewpub’s continuous achievements. The rise of MudHen Brewing Company, as an establishment and a brand, has only just begun. Stay tuned to be a part of its’ journey. 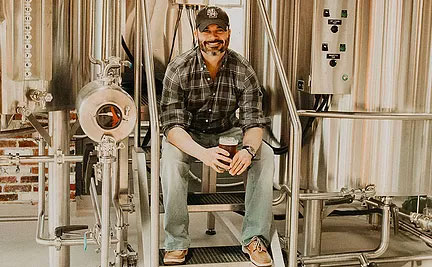 Tony is a local guy and graduate of Lower Cape May Regional High School. He holds a Bachelor of Science degree in Hospitality Management from the University of Central Florida. His career in Restaurant Management brought him to destination cities like Las Vegas, Orlando and Baltimore.

Tony’s passion for suds started in 2010, when his childhood buddy asked if he would be interested in chipping in on making a batch of beer at home.  What started off as a 5 gallon stove-top experiment quickly grew to a 15 gallon bi-weekly backyard event and an obsession with discovering the wonderful spectrum of craft beer styles the world has to offer.

In 2013 he gained a life changing position as an Assistant Brewer for Rock Bottom Brewery and Restaurant in King of Prussia, PA.  Working under the tutelage of GABF and World Beer Cup Award winning (as well all around swell guy) Senior Regional Brewer Brian McConnell, he found an incomparable mentor who would greatly influence the trajectory of his brewing knowledge and professional career.  In 2015 Tony was brought along to assist Brian, in his new venture, Sterling Pig Brewery in Media, PA.  There he took on duel rolls, both in the brewery and at the bar, helping McConnell launch what is now one of the area’s most successful breweries.

In 2017, Brendan Sciarra invited Tony to combine two passions in his life… brewing beer and his South Jersey roots.  Since our inception Tony has been striving to provide our guests with the quintessential brewpub experience.  Together they are truly proud to bring you a hometown brew from a genuine hometown crew.