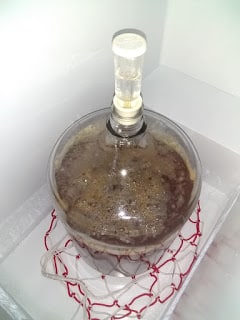 The Beer Dilemma – What IS Beer?

If you ask a brewer what constitutes a beer, they may give you a pondering look for a moment before asking you to clarify what you mean. Either that, or they’ll answer you similarly to the following explanation:

Traditional beer as we know it, thanks to the German Purity Laws of 1516, consists of three ingredients. No more, no less. Water, barely, and hops. The actual law doesn’t mention yeast as an ingredient and it’s unclear as to why (my pint for a time machine!). We can only assume the brewers didn’t actually know what role yeast played in brewing, but they definitely used it as part of the process.

And before that? A lot of beer was flavored and bittered using a variety of herbs, which is not actually beer, but a beverage known as gruit.

Of course, times and laws change. Beer today is still comprised of those four ingredients – and ONLY those four if you talk to a purist. But there are so many exciting additives to beer these days, lactose being a popular one in the craft beer world. As well as a couple different kinds of bacteria in order to make a sour. Still other craft breweries opt to throw in cereal or candy as additives to their beer. And then there are the plethora of seltzers available (although they are NOT beer and never will be, you can’t change my mind).

I was going to take on the enormous task tossing an entire apple pie into one of my homebrews earlier this year before I decided against it. I’m still too new at the process and the level of fat I use in my homemade pie crusts is… enormous. There’s a lot that has to be accounted for, even in homebrews! Most recently, I learned that using fruit purees in primary fermentation results in accidental barley wine.

Here she is! My homebrewed blood orange cream ale-turned-barley wine towards the end of fermentation.

Even well-known types of beer, like IPAs, have changed immensely in the past 8 or so years. We now have hazy/juicy IPAs – aka New England IPAs – that have so much hops added during the boil, during fermentation, and after fermentation that it creates a turbid IPA that is now widely acceptable for a beer. Ask someone fifteen years ago if they’d drink a hazy IPA and they probably would’ve laughed: “You mean chill haze?”

These days, it seems as though people might be driven to purchase beer based on how Instagram-able it is, regardless of how it may taste. Neon green brews are becoming more and more commonplace, for example. I vividly remember seeing many guests dump out a very red beer at GABF in 2019 from a booth somewhere near ours. I can only imagine it won’t be long before we start getting hot pink or flashy orange beer, too. Maybe I should look for a beer that matches my hair, which is currently purple!

Perhaps Tony and I are old school when it comes to beer and brewing. We make what we want to drink and we hope that we make it good enough that others will want to drink it, too. Sure, we have our Fruitie Patooties and NEIPAs on tap for the foreseeable future, but you might have to twist our arms a good deal for us to put out something super crazy. Who knows, though? 2021 may yield something exciting for us.

And while I do enjoy trying new things, I’ll still go for a MudHen Pils or Rising Tides Pale Ale when I want something crisp and refreshing. 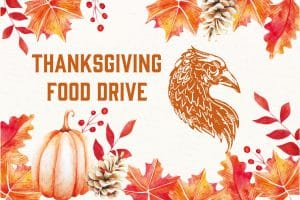